In the same room as the wonderful Benin plaques at the British Museum is a small display of African hats. No wonder they are easily overlooked.

They include some funky crocheted cotton hats from the Cameroon grasslands: 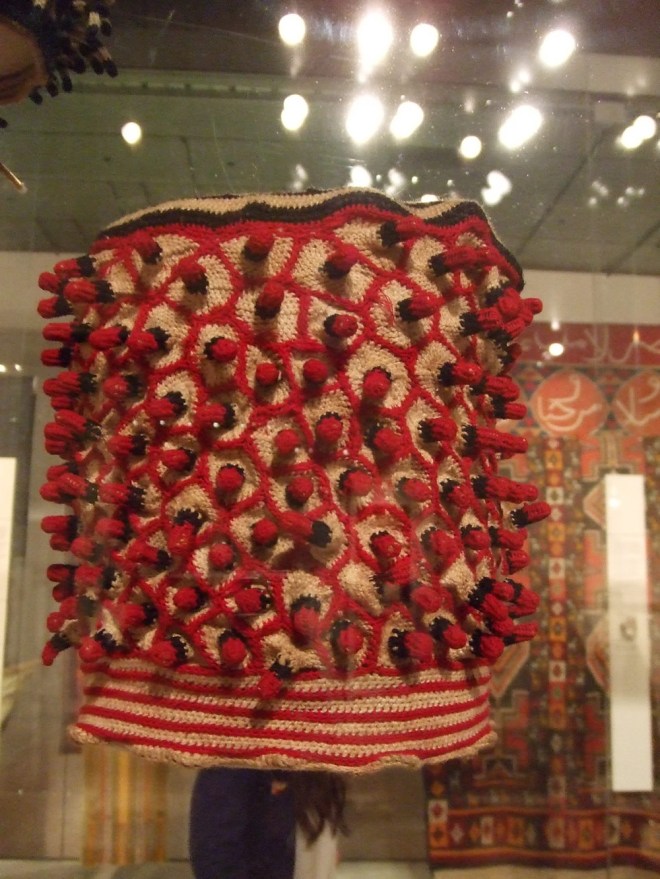 Also a Tunisian chechia, knitted in 2-ply merino, washed in hot soapy water until it shrinks to half the size (the photo below shows the original knitted hat above and the felted one below):

After felting, the surface of the hat is raised by carding with a tool made from a teasel: 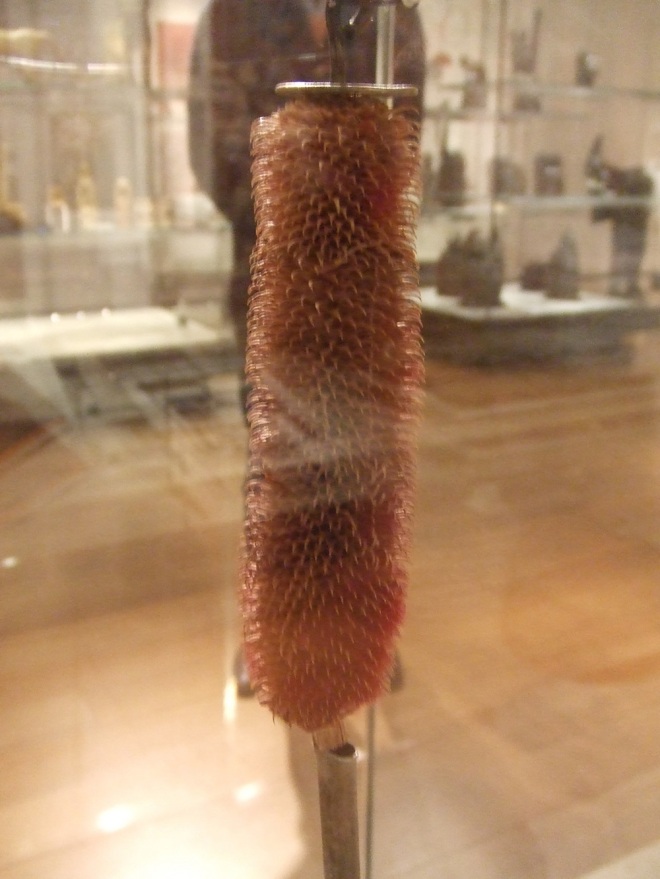 Finally, there’s a fascinating hat made from spiders’ webs, cane, twine and ostrich feathers made by the San people of southern Africa in the early 20th century:

Talking of webs, a new V&A display has just opened that will showcase the world’s largest pieces of cloth made from spider silk. Just as long as they don’t have any of the producers lurking in the corners…

One thought on “African hats at the British Museum”