When I attended the Violette Amendola workshop in Belgium last year I met a lovely Dutch felter called Henny. We were working on adjacent tables so we got chatting and we had dinner together in the evenings.

Henny is a great lover of British culture – she’s an avid fan of Great British Bakeoff and Masterchef, and has been to felty events such as Wonderwool Wales. She also organises a twice yearly felt swap between a group of British felters and a group of Dutch/Belgian felters. Each person in the group makes something in felt that they send to someone in the other group – the pairings change for every swap.

So I was pleased to be asked to join at the end of last year. Each felt swap has a different theme, and I usually enjoy the challenge of trying to come up with something to fit the brief.

The theme of my first swap, in April, was “rooster”, the current year in the Chinese zodiac. This proved to be more of a challenge than I expected, as making cute felt animals is not really my thing. 🙂

But then at a vintage fair I saw a ceramic egg holder shaped like a chicken – my mother used to have one of these. 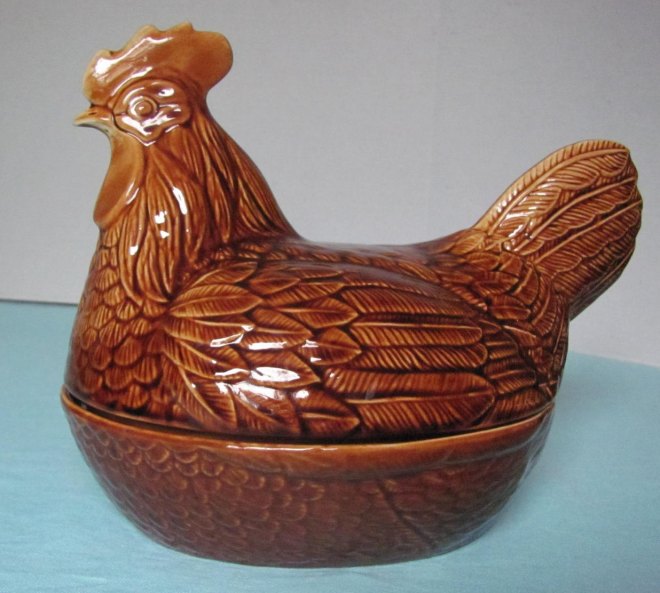 As the swap was scheduled for April, when Easter fell, I thought I would make one of these in felt and fill it with chocolate eggs. 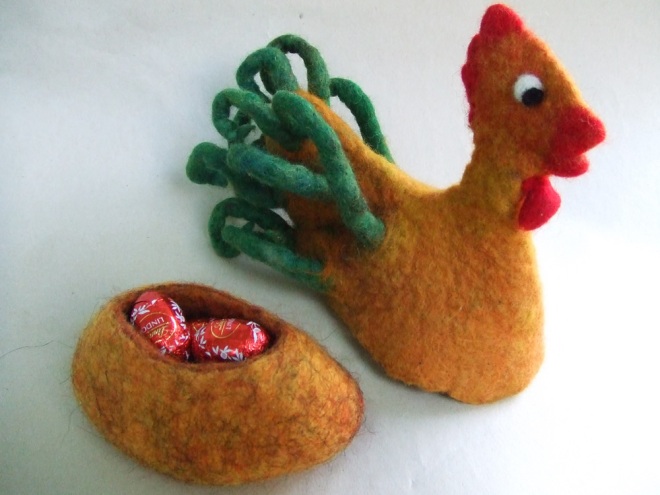 Originally I thought I would make the base and the top in one piece, but then I remembered a previous experiment with Russian dolls, and decided to make the base separately, with more robust wool (a Steinschaf and merino blend). The main body of the rooster was all merino. 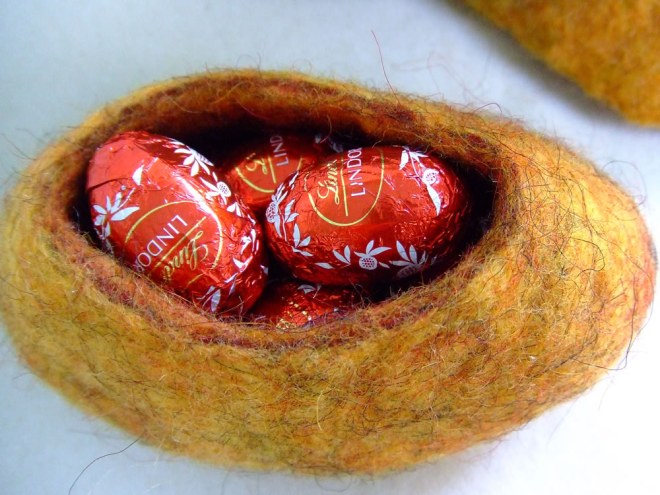 My swap partner, Françoise, who runs Vrouwolle (where I did the workshop with Violette) took a more abstract approach, which I love. 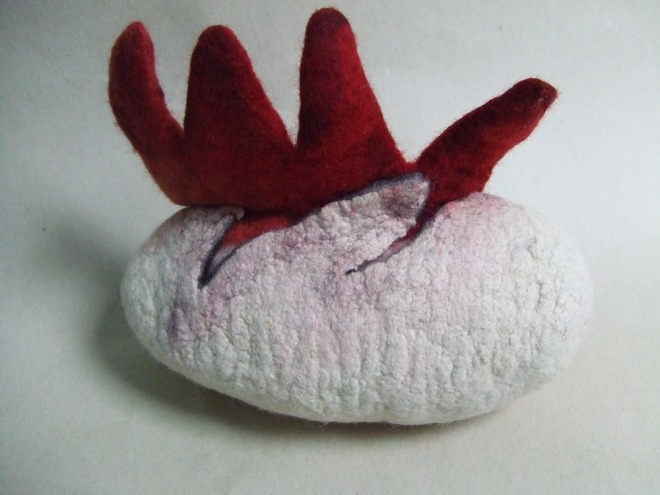 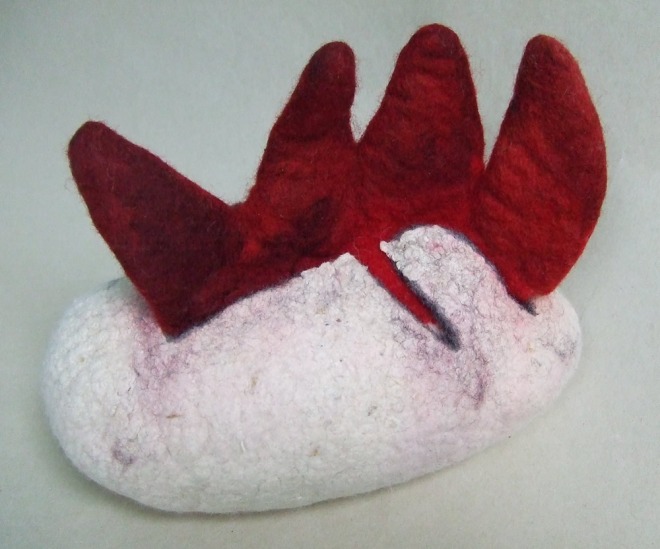 It also arrived beautifully packaged, in a suitably nest-like box. 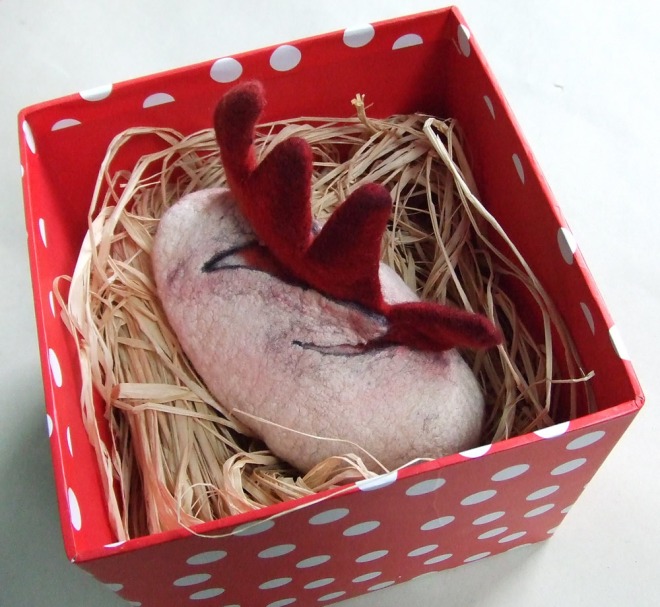