A couple of years ago I grew Japanese indigo in my London garden for the first time, and tried dyeing with fresh leaves as well as making a reduced vat.

This year I planted more Japanese indigo – I got the seeds from Ashley Walker of Nature’s Rainbow at the natural dyeing workshop I did in January. He said that there were two variations – broad leaved and narrow leaved, and that he had found that the broad leaved variety contained more pigment. So I planted them in two separate patches, and thanks to the wet spring and summer heatwave they have grown really strongly.

I’d read about extracting pigment by drying and composting the leaves, but this seemed to be quite a large scale process – I got the impression that I would need several years’ worth of leaves before this became worthwhile! But then I joined a Facebook group on indigo pigment extraction methods, whose admin Brittany Boles published a description of aqueous alkali precipitation extraction and also linked to a detailed account of the process by Fibershed.

So last week as our heatwave reached its peak I took the plunge and had a go at fermenting some of my homegrown indigo. 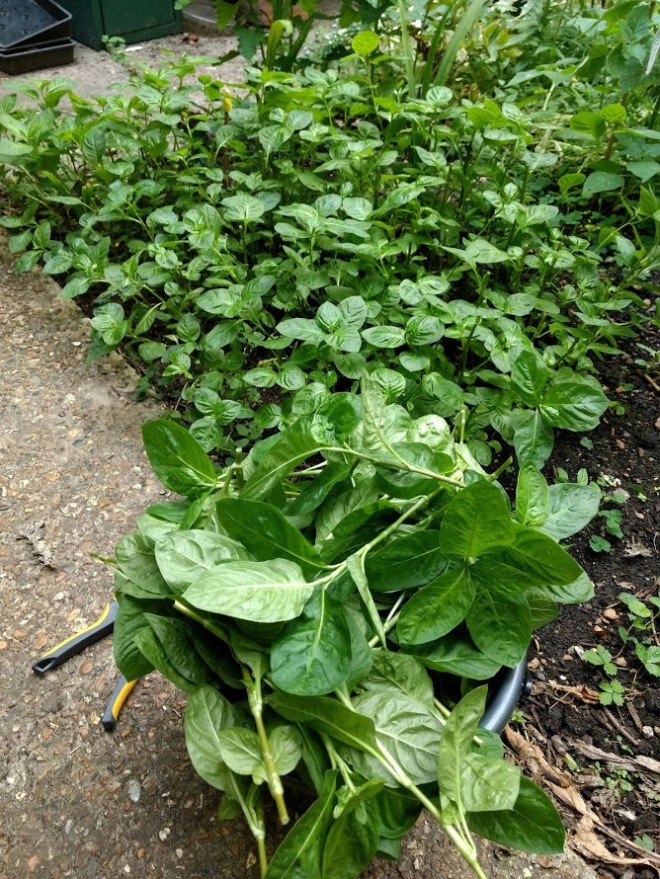 I cut about half the broad leaved plants down to 7-8 inches and stripped off the leaves, ending up with 215g. I covered them with bottled water (chlorinated water is a no no and there wasn’t much rainwater around!) and kept the leaves submerged with a couple of stones.

A couple of days later I could see an oily slick on top of the water – a good sign that fermentation was happening.

Then only a couple of hours later the water had turned bright green and there was a characteristic fruity smell – bingo! I decided to remove the leaves, because if you leave them for too long the yield of indigo pigment apparently drops drastically.

Because I’d used a dark grey bucket, I decanted a bit into a clear jar so I could get an idea of how the pigment was settling. Two days later I could see a dark blue line at the bottom of the container where the indigo had settled.

So I decanted most of the liquid from the bucket, adding it to my current indigo vat.

Then I poured the sludge at the bottom into a coffee filter. 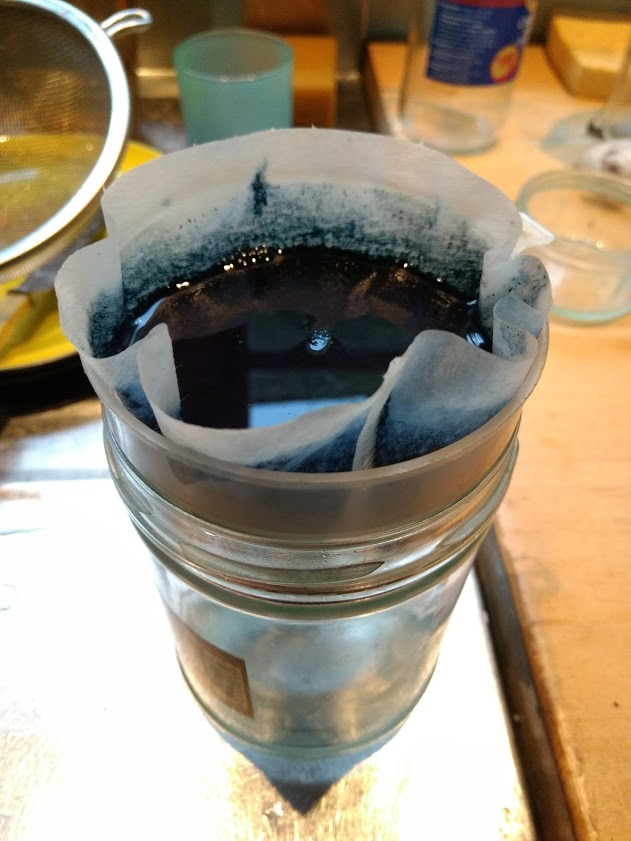 After filtering and drying, I was left with 4g of homegrown indigo.

I also saved the stripped stalks of indigo and stuck them in a jar of water. One week later they have developed new roots – ready to replant for the next round! 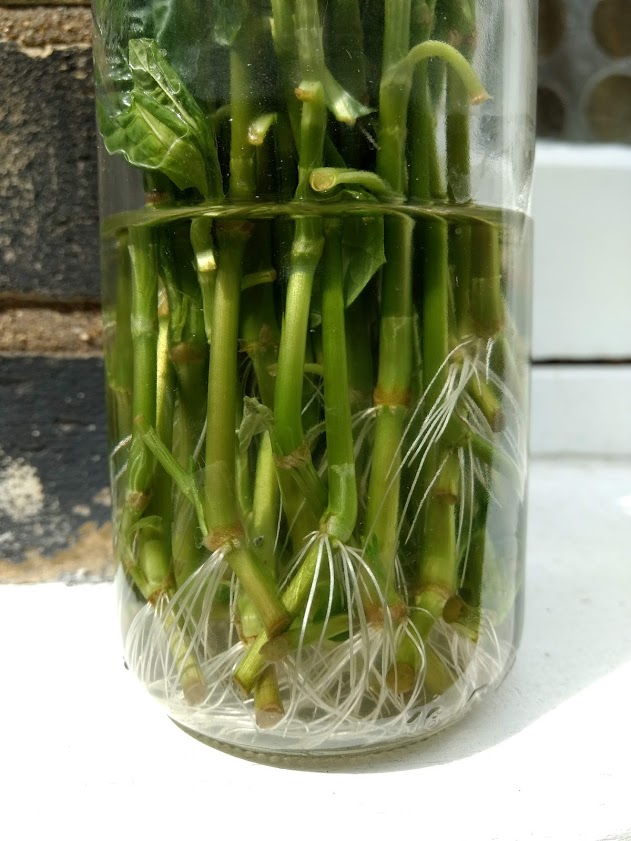 I don’t know how pure the pigment is – apparently this method produces fairly low grade indigo, with bits of leaf and other impurities. But it’s a great feeling to have grown and extracted my own indigo pigment! 🙂