In a previous post I mentioned a course on coiled basketry I was taking with Polly Pollock at City Lit and described the different samples I had made.

The second half of the course focused on our own personal projects, developing the techniques we had learned to produce a piece or series of samples inspired by the seedpod theme.

My inspiration actually came from a piece of driftwood. 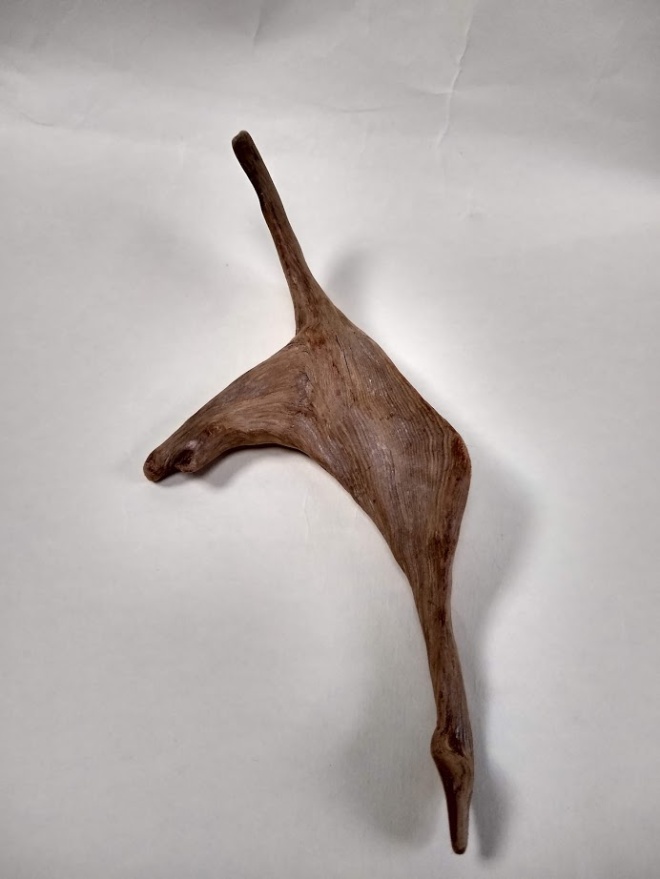 It reminded me of a sycamore (US: maple) seed, so I thought I would try to weave something around it to create the “wings”.

At first I tried wrapped linear coiling with paper yarn, but it felt too solid and heavy – this was supposed to represent a floating, spinning seed. 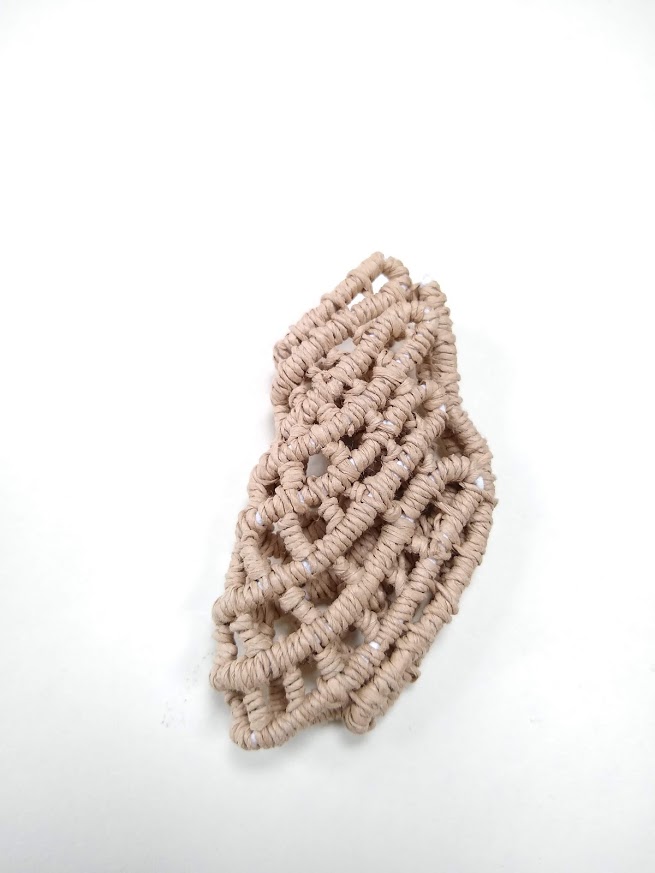 So then I tried a more open weave approach, using blanket stitch with cordage, still with paper yarn. This worked better but was a bit too large.

I tried changing materials, using a thinner cordage and enamelled wire for the blanket stitch. This was much better! 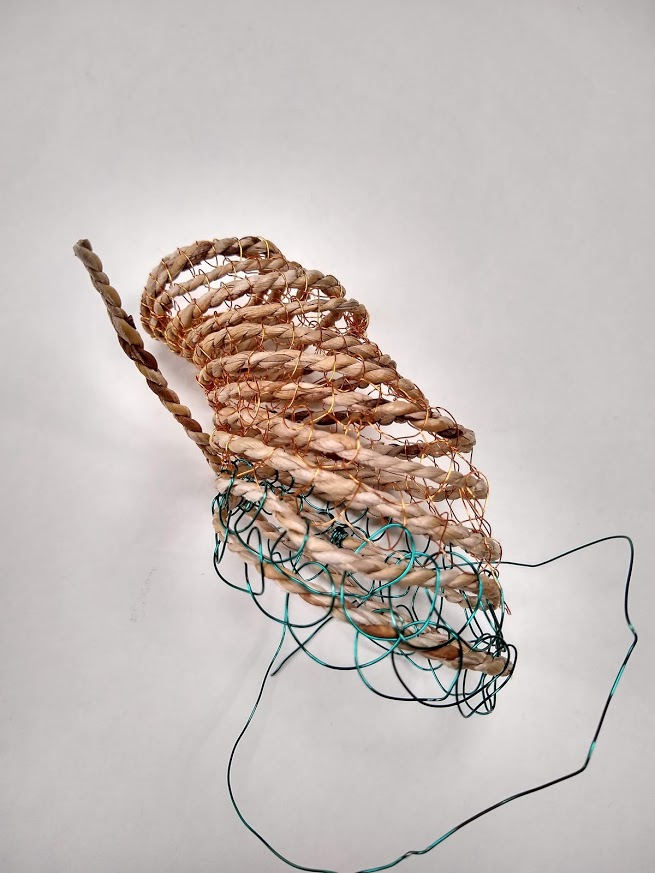 There was still more experimenting to be done with varying the tension of the stitch to evoke the marks and form of the seed, but I finally got started.

As ever, it was fascinating to see the very different pieces that everyone produced. I don’t have permission to post photos of others’ work, so you’ll have to take my word for it! But it was a fantastic course and I would highly recommend it.

There is also an exhibition coming up of work by students who are completing the two-year City Lit diploma in basketry. It’s at the Espacio Gallery in London from 23 to 28 July. I’ve seen some of the work on Instagram and it looks well worth a visit! 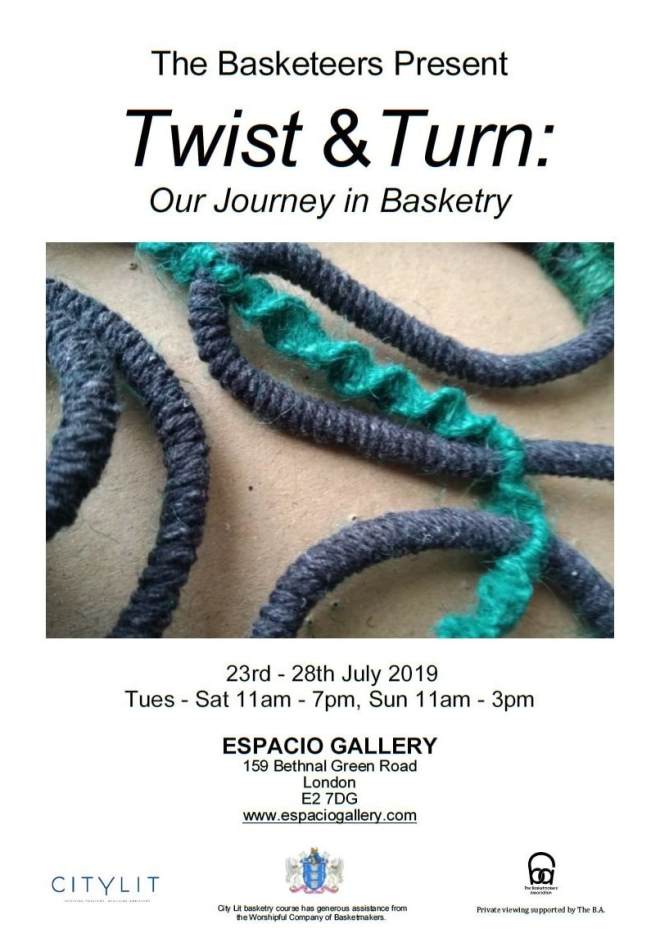