It’s been nine months since I last worked with willow on the City Lit basketry course. We were supposed to have a couple of willow sessions in the summer term, but of course that was cancelled due to coronavirus.

So I thought it was time for a little revision. First was the base – I had to keep referring to my notes, but it started to come back, and my base was pretty neat (and even slightly domed). 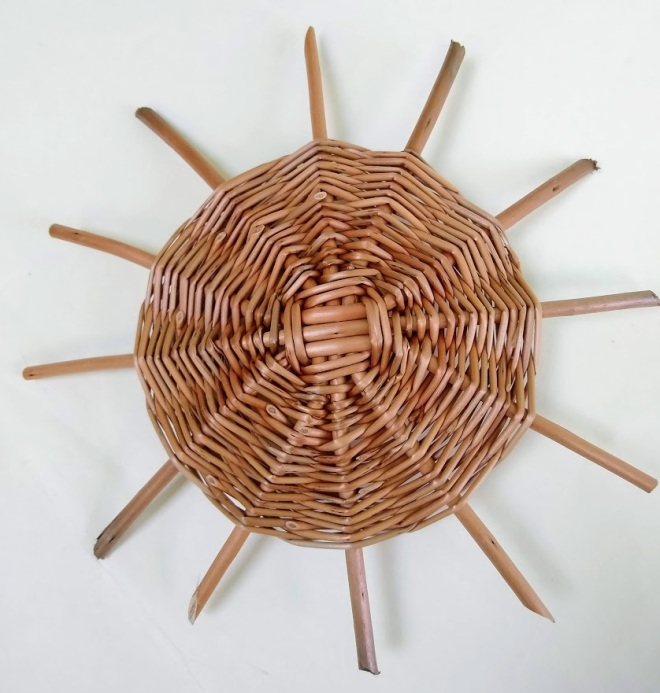 Although the piece was intended as revision, I also wanted to try something new, so I decided to make a shallow bowl using rope coiling. This meant that when I inserted the stakes I didn’t bend them sharply upright but just tied them loosely together.

After securing the stakes in position using four-rod waling, I started on the rope coiling. This essentially continues the four-rod waling, but every time you weave in and out you add another weaver. This means you end up weaving with four or five weavers at a time (new weavers are eventually cancelled by the old weavers running out). 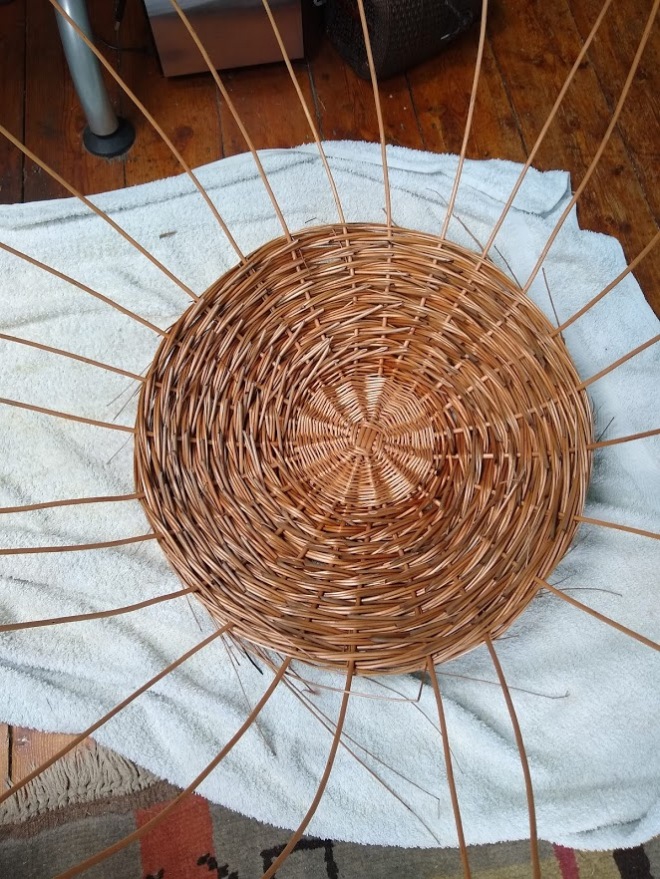 The hardest part was shaping the bowl to rise gently upwards – it’s trickier doing a shallow curve than a vertical side!

I finished with a two-rod border, as the stakes were quite far apart by then.

There were a lot of ends to be trimmed off on both sides!

I’d forgotten how tough willow is on the hands, especially dealing with so many weavers at once. And the bowl is slightly wonky and gappy, as it’s also harder to close up big bundles of weavers.

But I love the movement and rhythm of this weave, so it’s something I’d definitely try again.