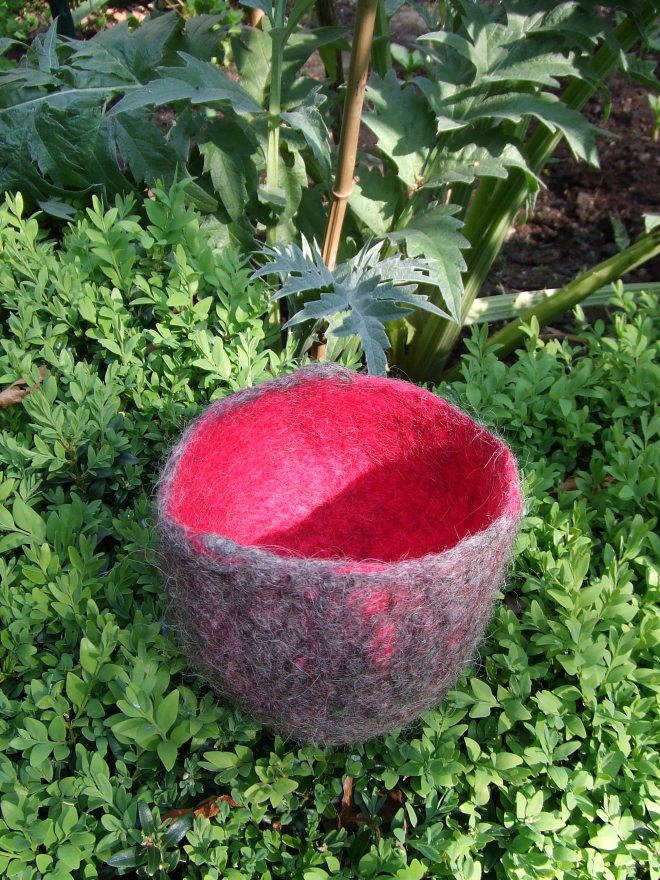 I guess one of the advantages of not having sold anything at Spitalfields is that I don’t have to work like mad making new stock for the Tip Top Table Sale on 1 May.  I did feel like a one-woman scarf production line at times, which takes the fun out of it a bit. That would be the other advantage of selling online – you just put stuff up as it’s ready and don’t have to worry about having a half-empty stall.

Anyway, inspired by the gorgeous felt vessels made by Nicola and Zedster01, I thought I’d try making a rounded pot, using a balloon. I’ve made small felt pots before, using a cylinder of rolled-up bubble wrap, and Tess said that felting on a balloon is quite easy, as long as you thoroughly wet it with soapy water.

So I basically followed Zedster’s tutorial, using a balloon instead of a ball. I used two layers of fuschia merino, with an outer layer of grey Icelandic wool. Although I did wet the balloon well, and the first layer of wool stuck reasonably OK, I had more problems getting subsequent layers to stick. In the end, I would add a few strands, wet them, and then cover them with net and rub gently – not to felt, but just so that they stayed in place. This worked better. I also folded back the excess wool around the lip of the vessel before felting so that some of the fuschia showed on the outside (some also worked its way through the outer layer of Icelandic wool anyway).

I removed the balloon by bursting it before fulling, and after fulling I blew up another balloon inside the pot and hung it up to dry so that it retained the round shape. I love the result, and I love working with Icelandic wool – it seems to felt almost instantly!

To keep motivated during the long scarf production process, I made another felt pot. This time I decorated the outside with some woollen yarn, looping it in an elegant pattern.

Of course, lesson 2 kicked in again – the yarn moved during the felt-making process to settle in its own random design. Despite being a self-confessed control freak, I’m surprisingly relaxed about this. Want to feel mellow? Make felt. 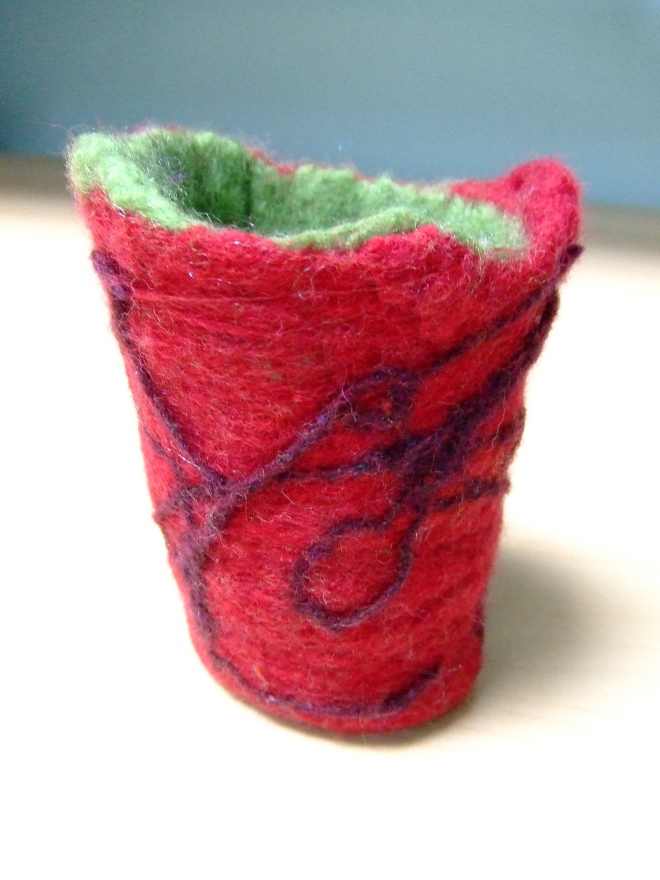 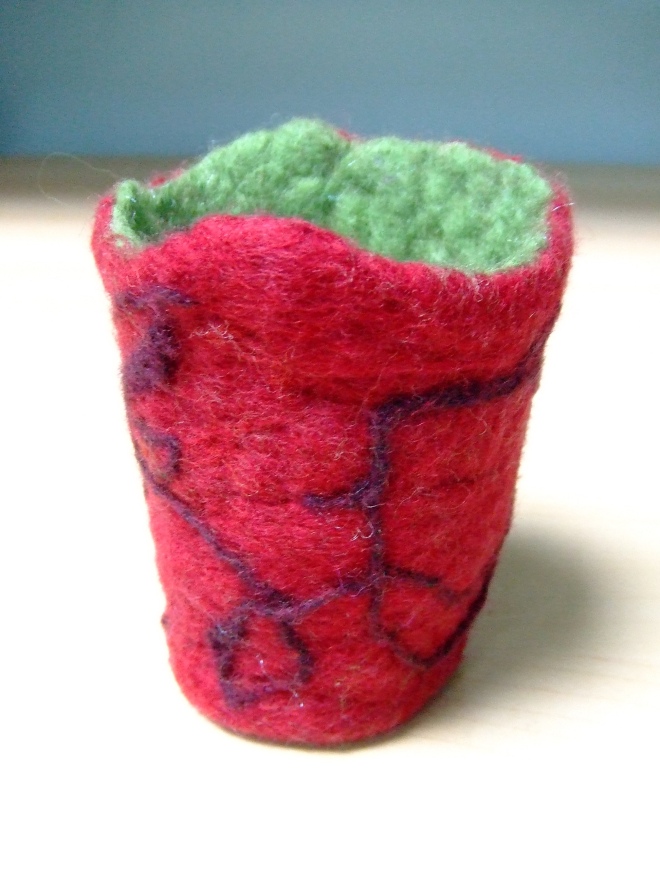