Cyanotype is a photographic printing process made without a camera. Objects are placed on a light-sensitive surface and then exposed to ultraviolet light. The result is a cyan (blue) silhouette – hence the name.

The process was discovered by Sir John Herschel in 1842, but the most famous user was probably the botanist Anna Atkins, who published a series of books of cyanotype prints of algae.

I was intrigued, then, to attend a cyanotype workshop at the weekend with Helen Dixon at Bainbridge Studios, to find out how the process is being used by modern day artists.

We started by preparing our own light-sensitive paper by coating it with a mixture of potassium ferricyanide and ferric ammonium citrate and leaving it to dry in the dark. 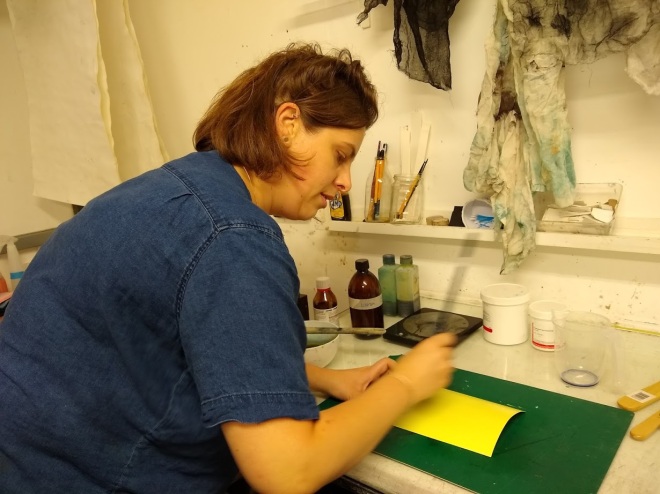 Helen had prepared some paper before the workshop, so we used this to experiment with photos we had sent in advance. The photos had been converted to negatives, and we made a few prints changing the UV light source and the exposure times.

After exposing the negative, the parts of the paper that were exposed to light look much darker. When we washed the paper with water, it turned blue. 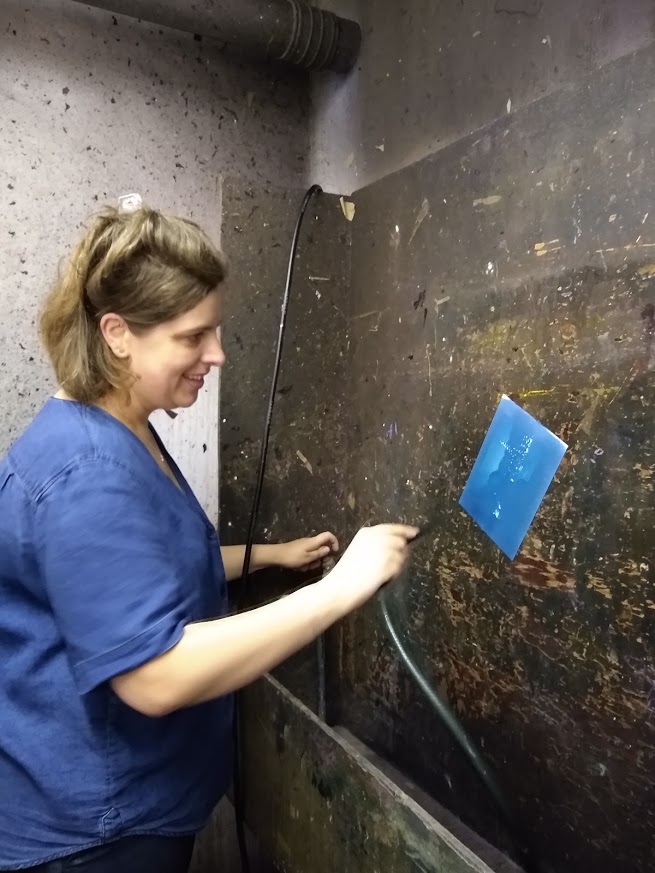 The colour will continue to intensify by itself (rather like indigo oxidising!), but you can speed up the process by spraying with hydrogen peroxide. 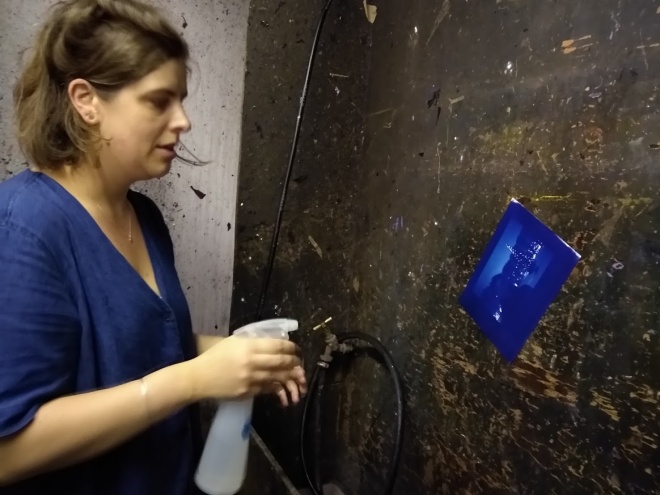 This is the original photo I sent, of a hazelnut cluster. Below it is the negative that was produced. 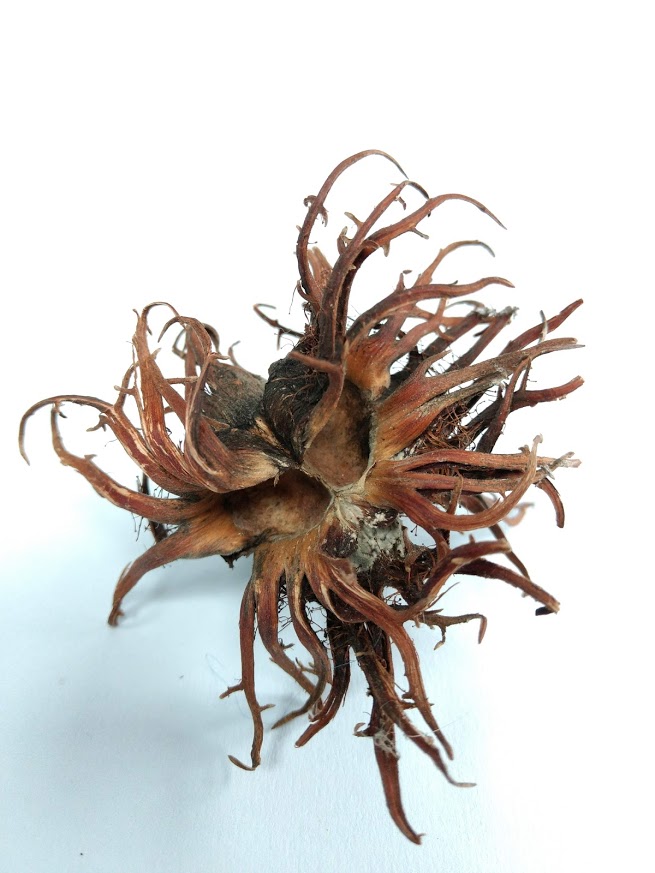 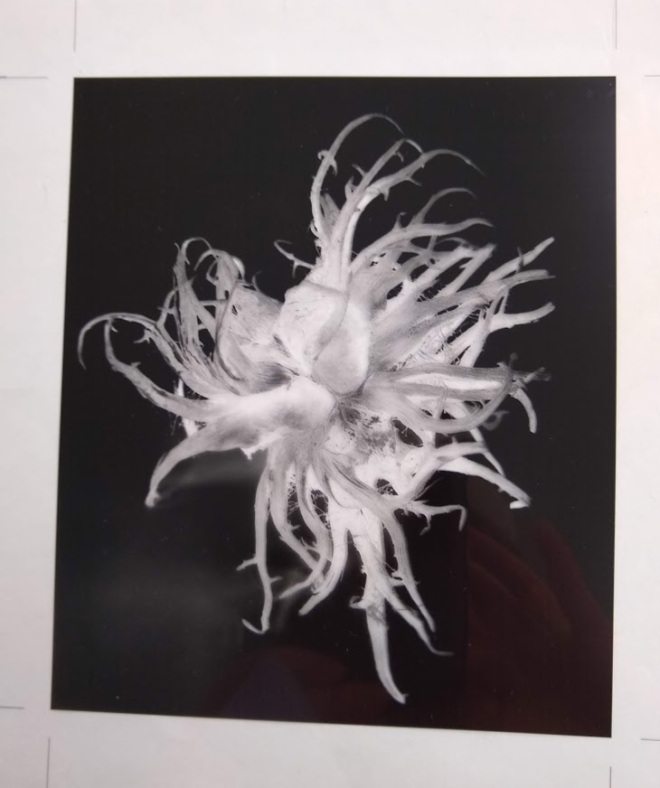 And here are the results of playing around with resolution, exposure times and light source. 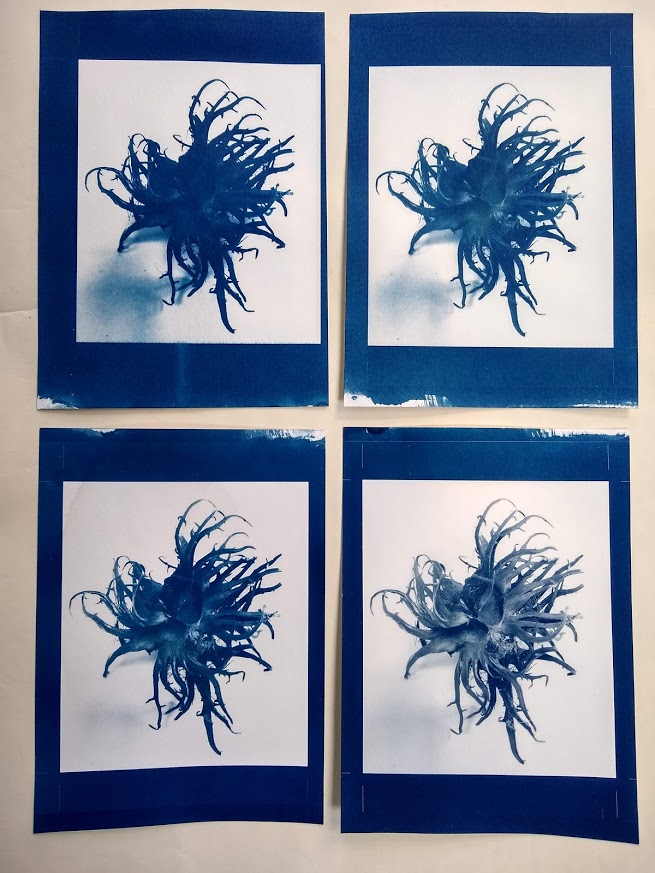 Unexpectedly, you sometimes get a better image with a lower resolution photo.

We also made marks with pencil and ink on acetates and exposed those. 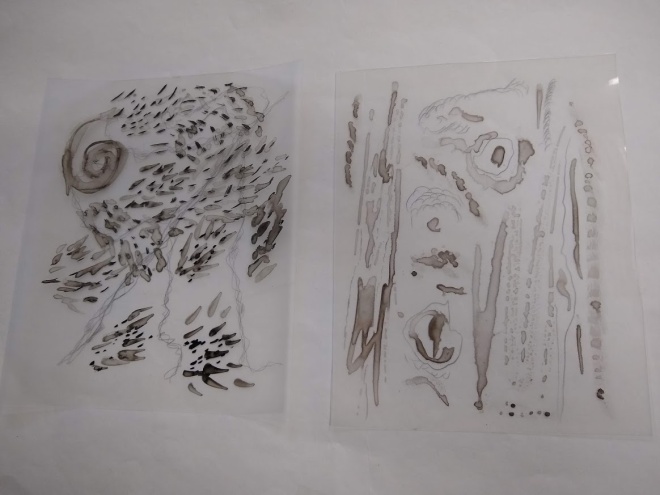 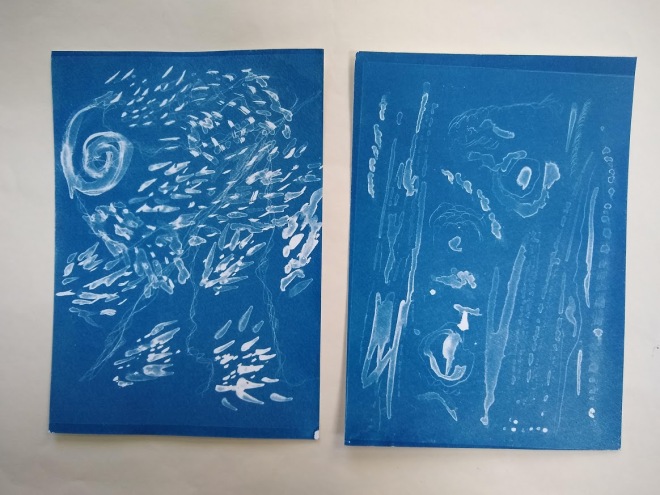 After lunch, we continued experimenting with different objects, but this time we put a sheet of glass on top and put them in the sun to expose them. Even though it was overcast, this worked very well. 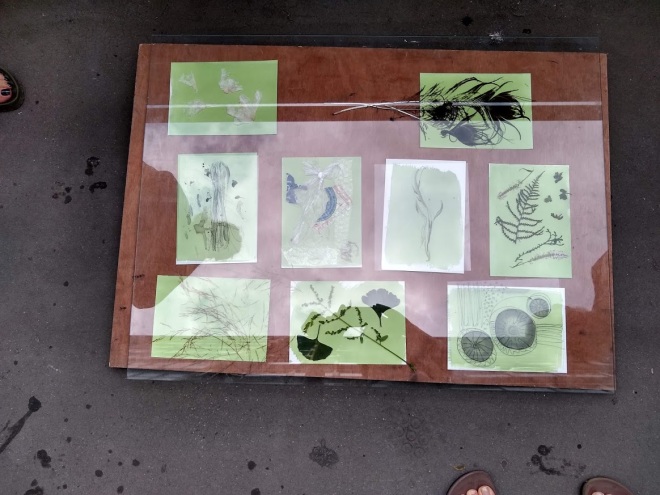 Here are a couple of pieces I made using plant material – on the left are gingko leaves and ferns, on the right is grass. 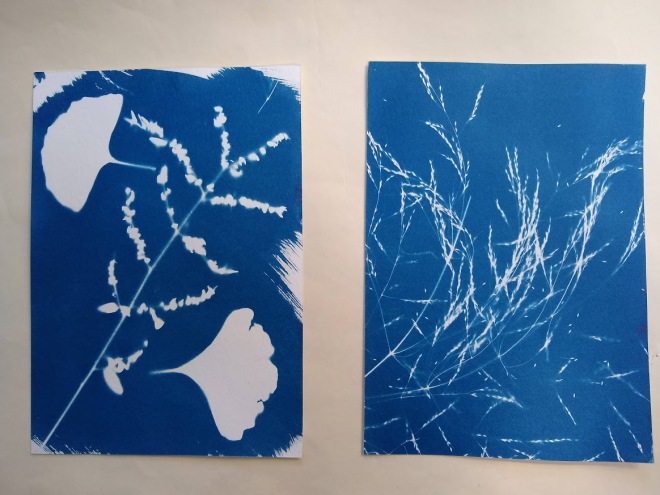 And here are a couple of pieces I made using torn strips of tracing paper. 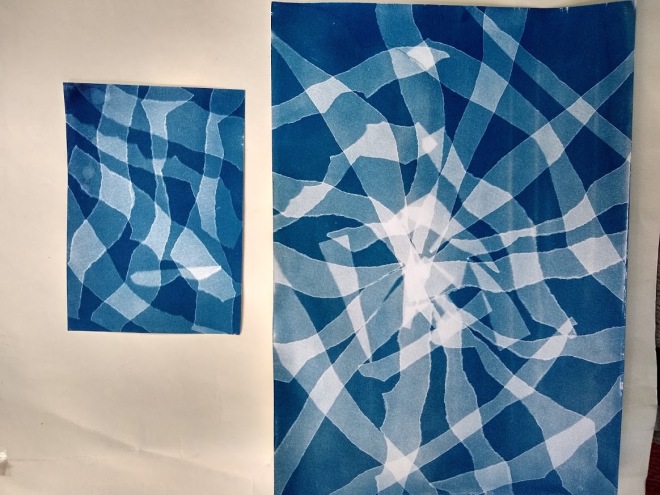 It was a great workshop – and gives me another blue technique to add to my repertoire! 🙂