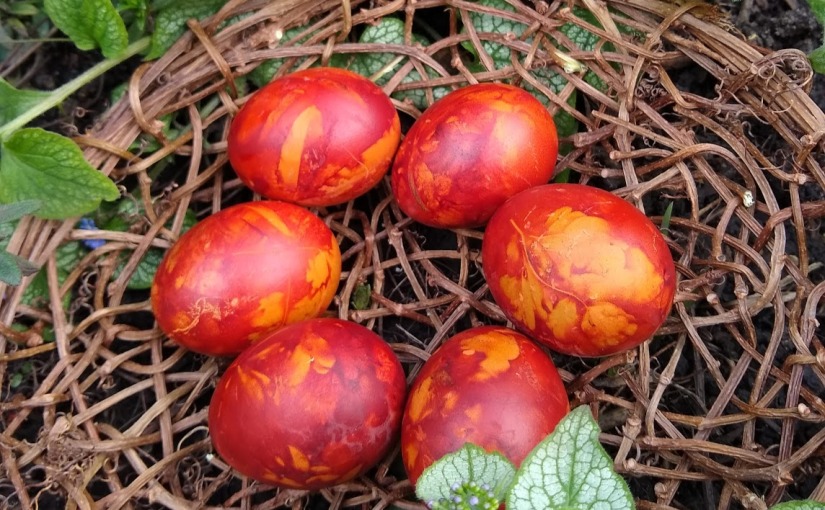 The big news this month is…drumroll…I have finished the Tetrapak dog! 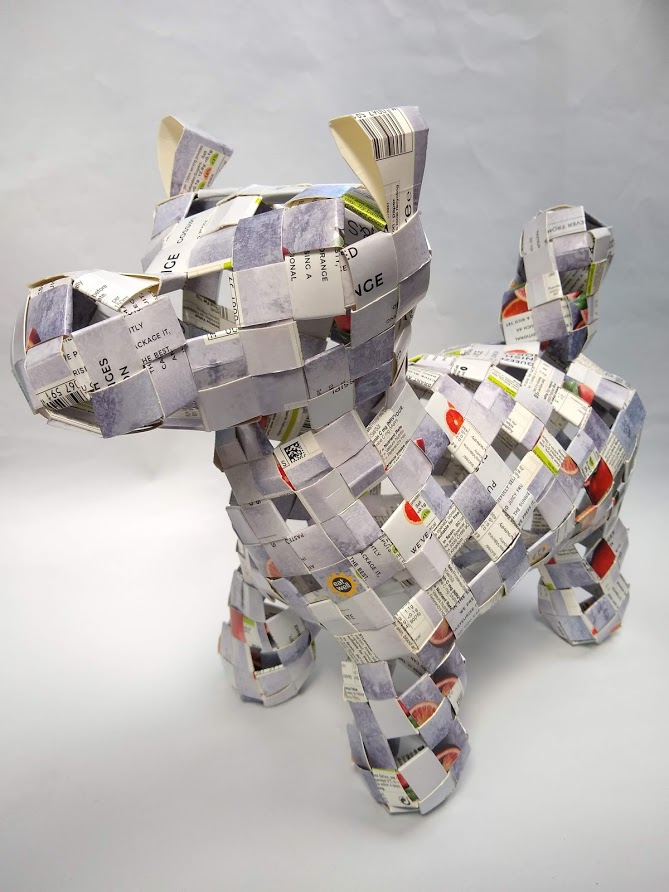 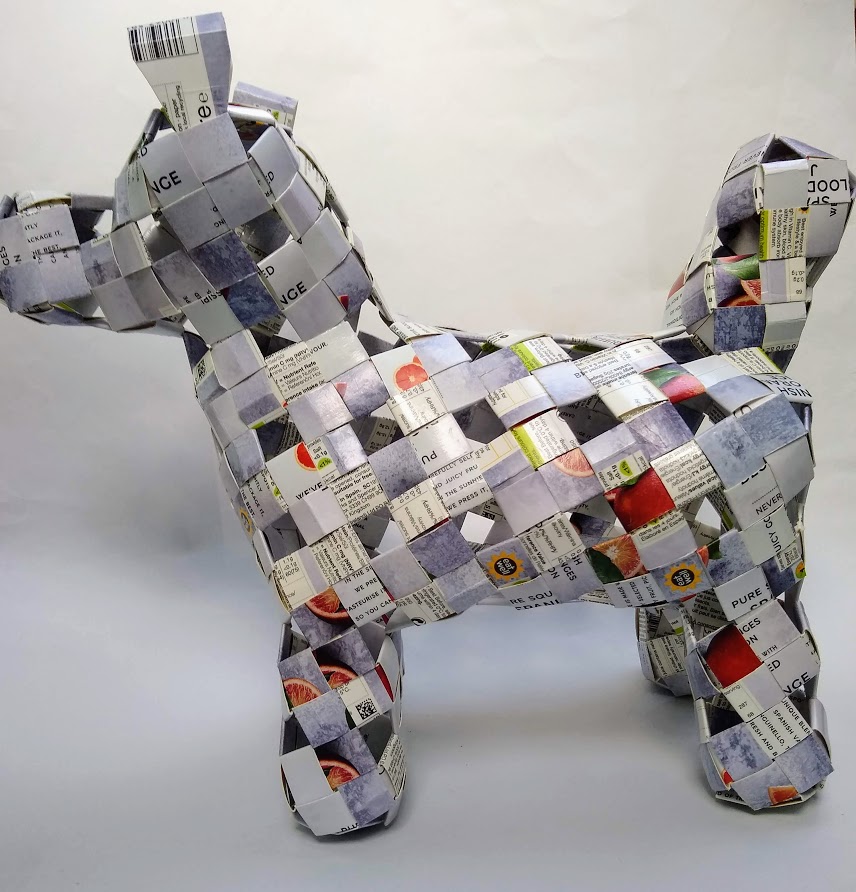 Any suggestions of what to call him or her? 🙂

I also tried a variation on a theme, making a circular coiled pot with a lid based on my previous tortoise vessels. Because the peaks resemble limpet shells, I’ve called this a limpet pot. 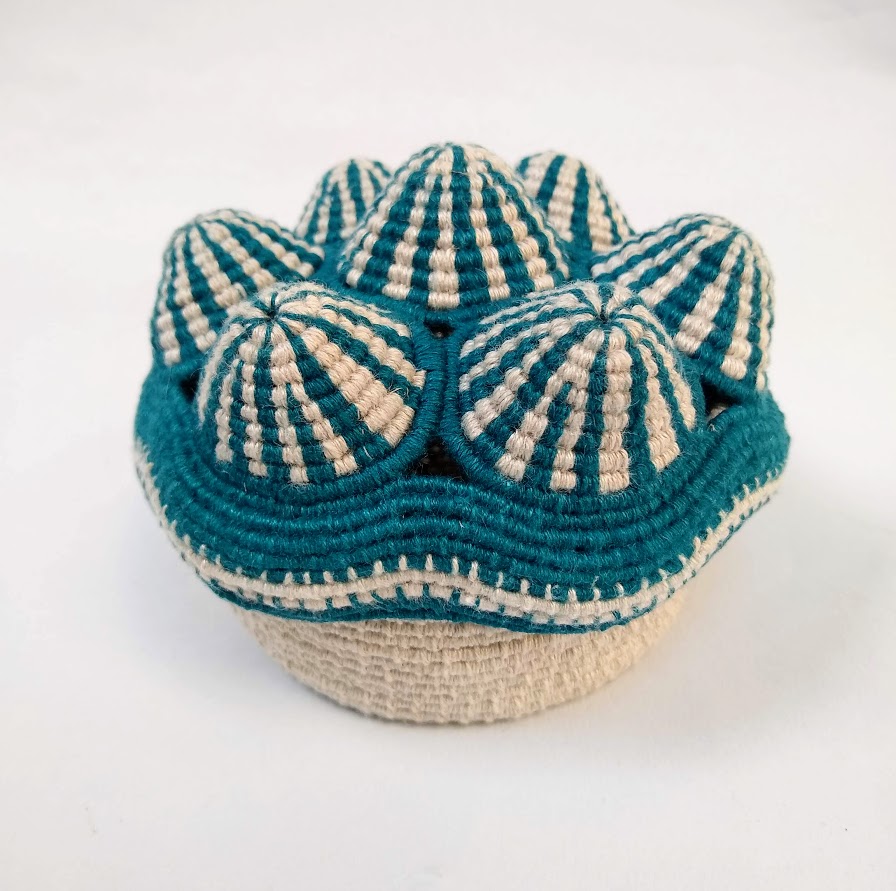 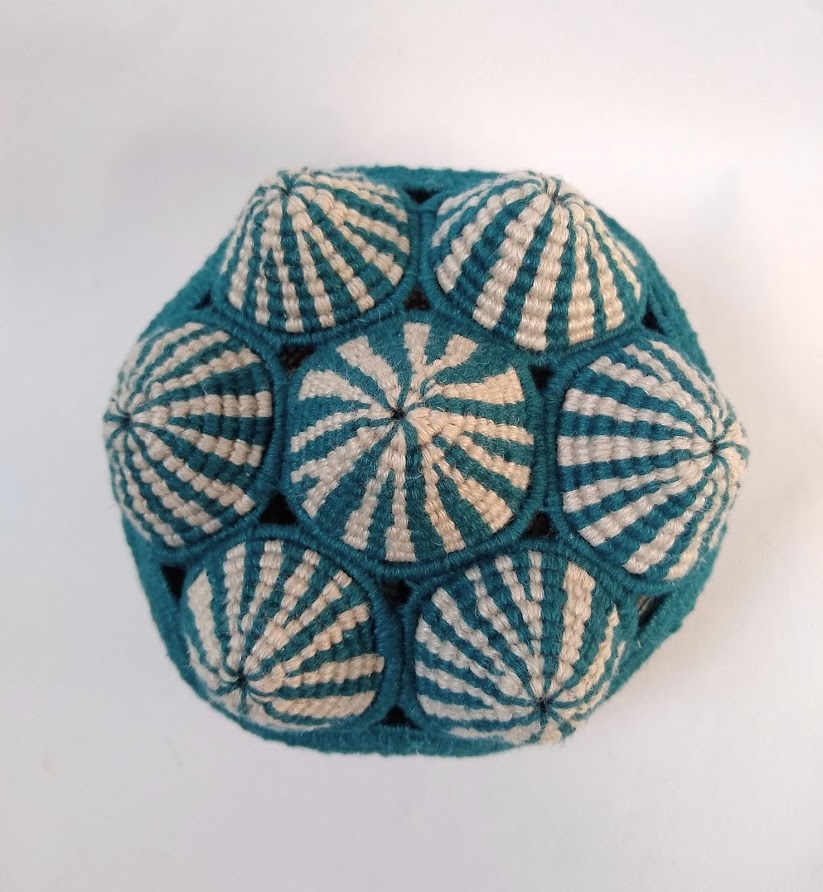 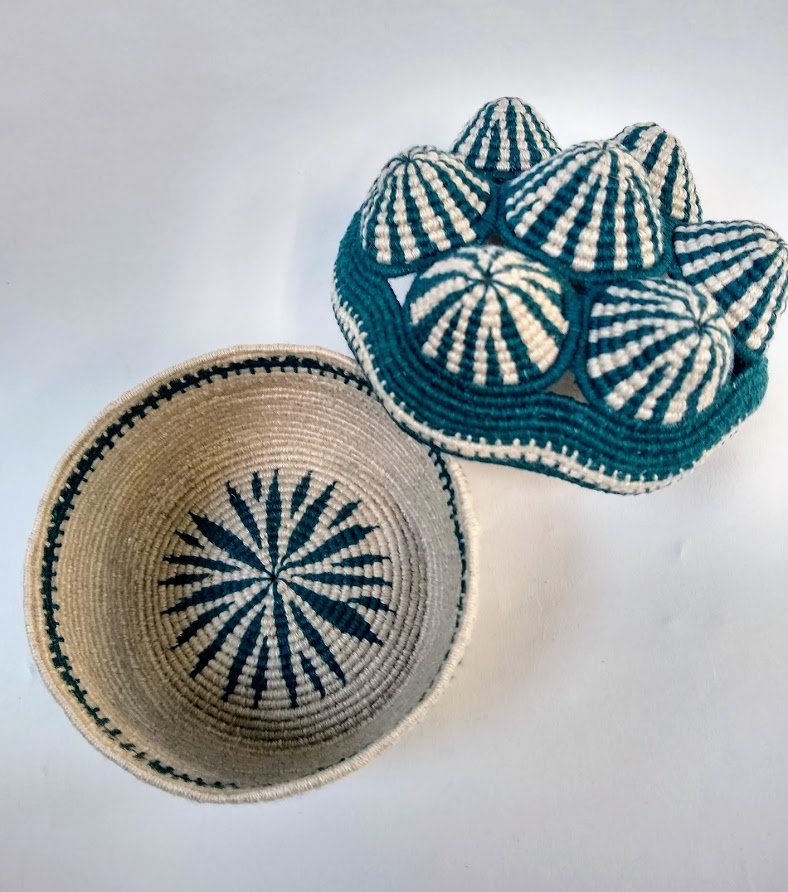 Another construction I’ve been involved in was a bike shed in the front garden. This was not particularly creative – I just mention it because it took a lot of time and effort this month! The very heavy shed arrived in bits and had to be pieced together on a concrete base that we had previously laid.

Much huffing, puffing, and swearing ensued, not to mention a couple of broken drill bits. I also ended up falling into wet concrete at one point – and the local wildlife were determined to leave their marks too! 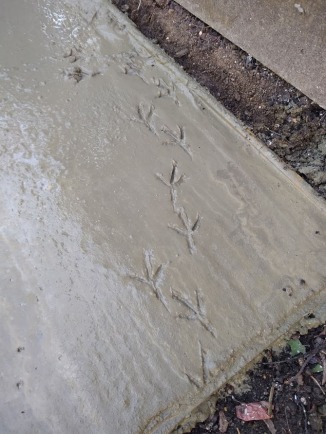 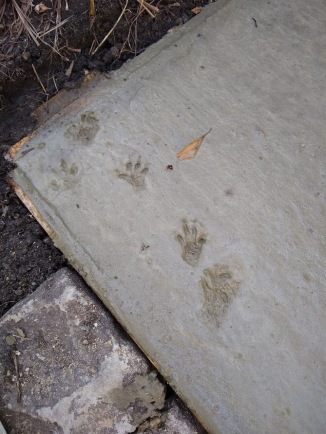 But now the shed is up, and I am able to get into the house without squeezing past a couple of bikes and associated paraphernalia. We just need to plant a fast-growing shrub to cover up the unattractive exterior. 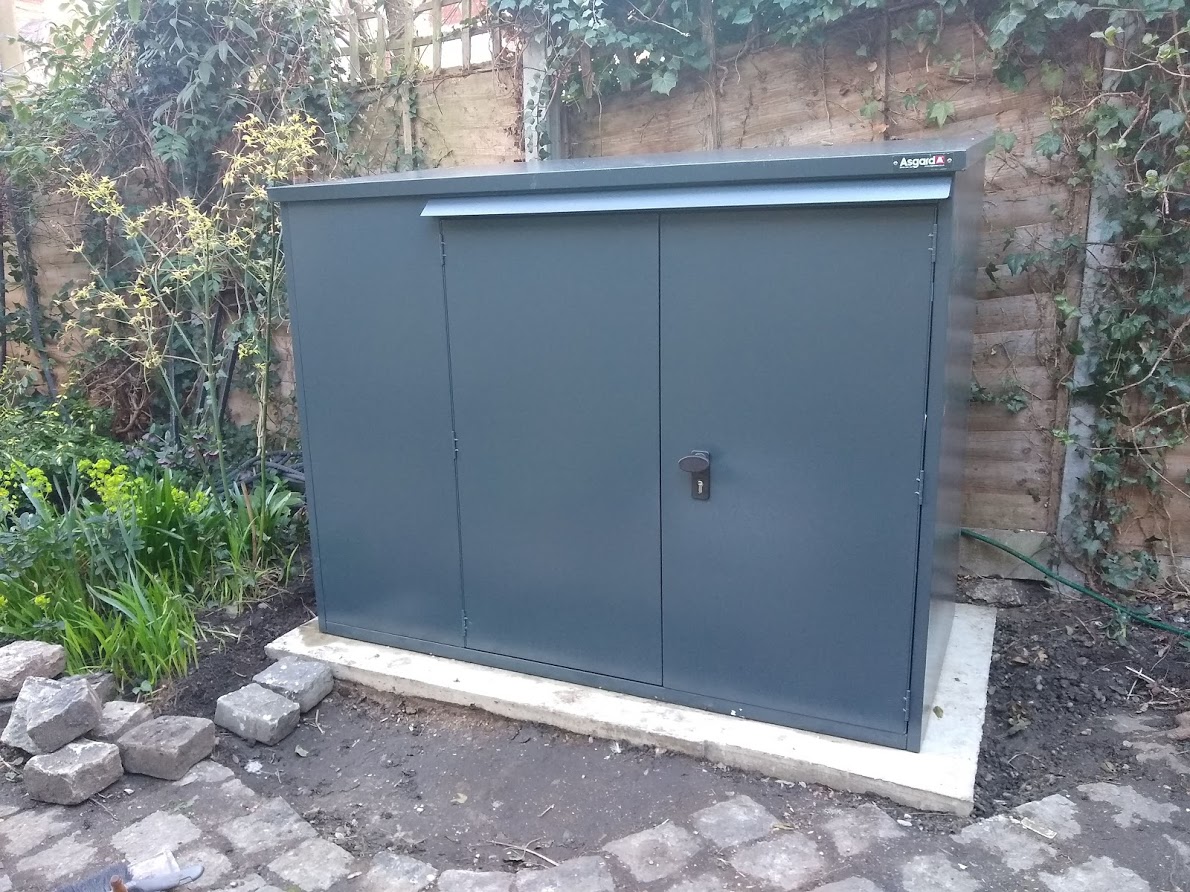 With restrictions on lockdown slowly lifting, our two-year basketry course at City Lit is due to resume in mid-April, more than a year since it stopped. I’m really looking forward to being back in the classroom, especially now that I’ve had my first coronavirus vaccination.

We are going to be starting on twining, so I thought I might try to get ahead a bit and started on a new experiment. This is very much a Work In Progress! 😉 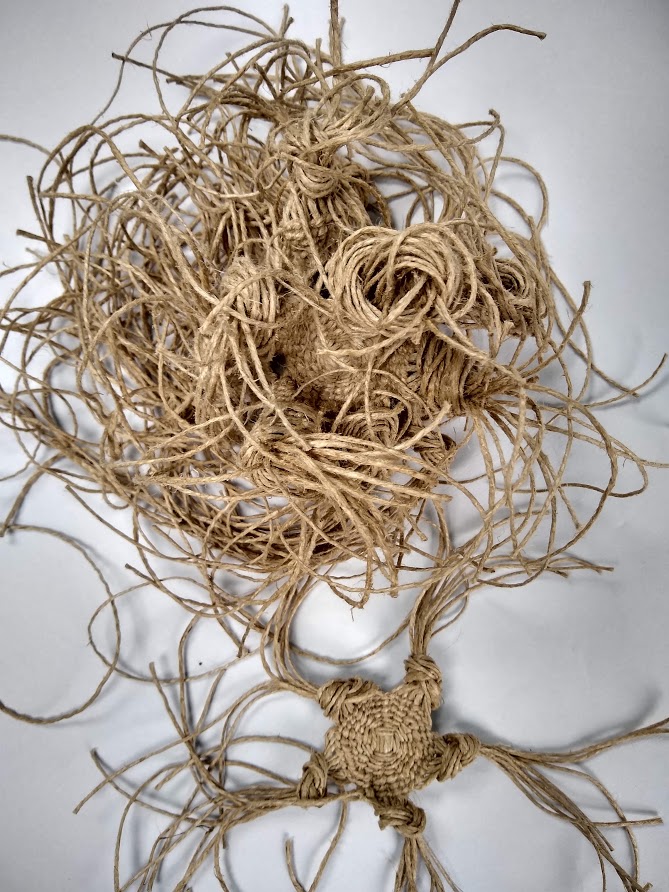 Hopefully this will be more presentable next month.

In the meantime, I wish you all a happy Easter.